While for us the headline feature of the next Two Spies update is the Season Pass, along with its ranking and stats perks and the hope this will fund bigger updates to come, there are some other improvements coming to the game for all players that we wanted to showcase before we go live before the holidays. 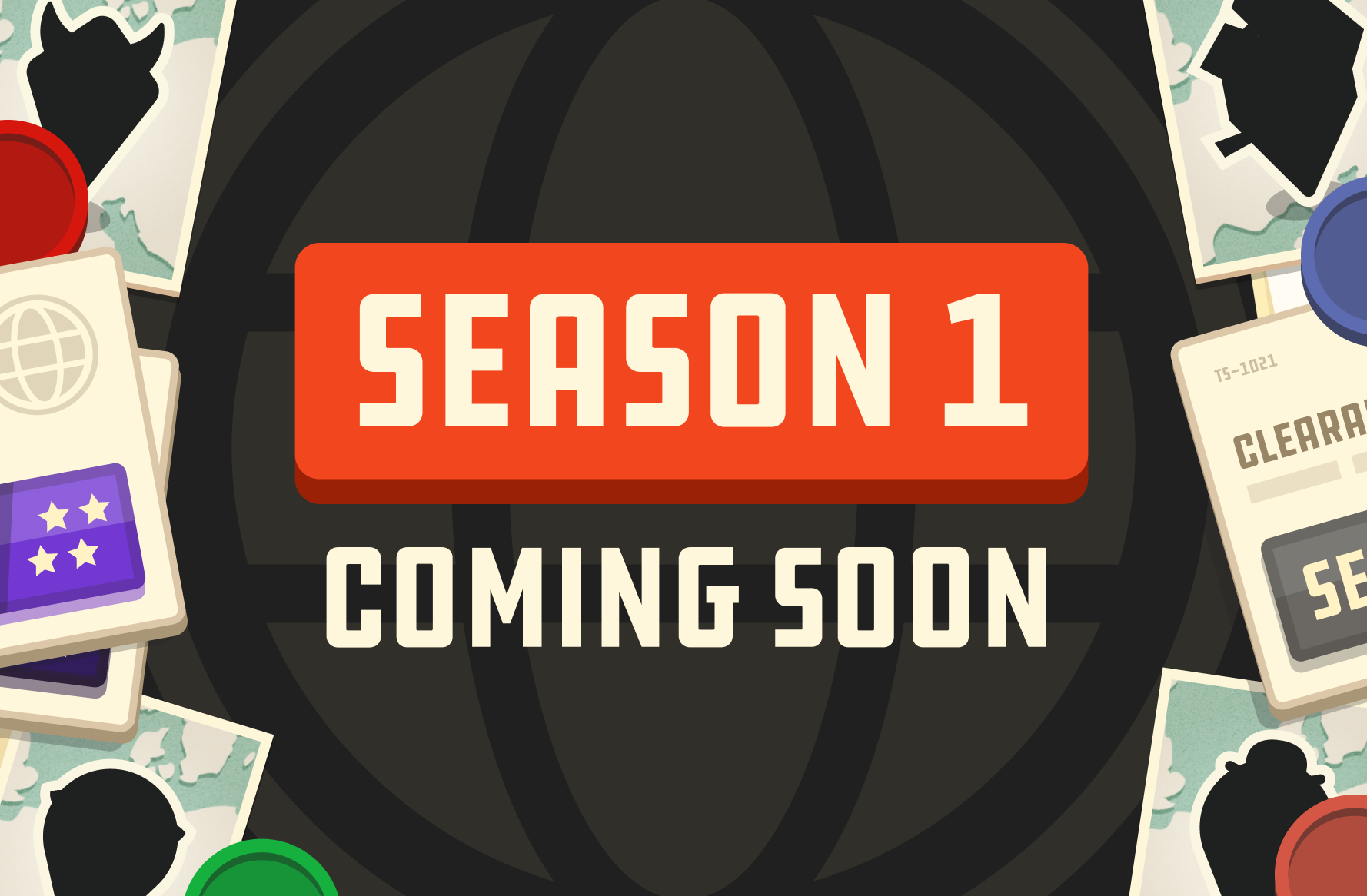 We’ve made a number of tweaks to the matchmaking mode – now called Quick Match – with the goal of speeding up how fast you can get a match in the queue. Slow opponents have been a common frustration, so the turn timer is now faster in matchmade games. The menus have also been streamlined, so players auto-ready when they get a matched opponent, and you’re returned to the Quick Match screen afterwards so players can easily queue again. With these changes and other improvements and tweaks we’ve made – together with the likely influx of players trying out the new update – we hope players will be able to get fun opponents promptly.

Until now, the only way to customize your secret identity pin in Two Spies has been to buy pins with in-app purchase. While this is still the main way – and there are some very cool new pins rotating in this season – free players can now also unlock a “merit pin” by winning Quick Match games. As an added bonus, Season Pass holders can also unlock a dapper “pro pin” by winning enough games. So far this seems to be giving agents a fun-but-lighthearted goal in their quest for espionage domination.

In the first version of Two Spies, we featured a couple training bots that effectively acted like dummies – stumbling around, letting players experiment and learn the game mechanics in a low stakes situation. While the game is still truly about the cat-and-mouse mind games of playing against real humans, a really common request was for a less-dumb bot opponent. So with version 2.0, we’ve added the Sly difficulty to the bot. While this bot should be eminently beatable by an experienced Two Spies player, it should provide a bit more challenge and give folks a better way to train themselves up before jumping into the Quick Match melee.

Beyond the headline features, we have lots of additions and improvements in this new update. We have new maps – including one that features crossover paths – and stats persistence so players who unlock the Season Pass down the line can see their historical stats starting with Season 1. We have a new more congenial emote to applaud your noble opponents, and a host of little tweaks that we think makes for a better game.

We’re excited for this update to go live in the coming weeks, and hope you are too. We have a Twitch stream preview going live tomorrow (Wednesday the 25th at 1pm PT), and a release date announcement coming this week on Twitter and Reddit. We can’t wait to play the update we’ve been working on!